A Noise Complaint in NYC Does Little Without These

A Noise Complaint in NYC Does Little Without These

You’re not imagining it—everything is getting louder. The population’s growing, and with it, conversations, transportation, and devices. Devices need power and data storage facilities which whir in the background.

And at night, they need to party. 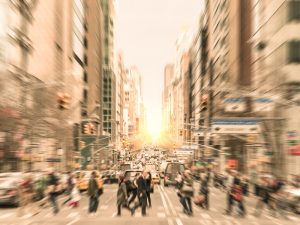 Noise is bad for our stress levels and for health. Our bodies were not made for this much noise. Neither were our buildings, which is why quiet places are disappearing at a rate far faster than any species according to ecologist Gordon Hempton.

We feel it in our bones. Over 99.8 billion (yes, billion) NYC noise complaints were made in 2019 alone. Not much is being done with the complaints, though, unless:

Noise Complaints in NYC by Year

When & Where to File a Noise Complaint in NYC

Disclaimer: If the noise you hear sounds like an emergency, call 911.

If it’s a tenant issue, like a noisy neighbor, it likely must be handled by your landlord or management company. That’s what anyone responding to a neighborly noise complaint will tell you when you call.

For other city noise, make sure you contact the correct department. Complaints about a barking dog are handled by a different department than construction noise. 311 can direct you, but you’ll be better served if you get there yourself. Here’s a list of all NYC noise complaint categories with links to register a noise complaint online. Here are instructions for how to file a noise complaint anonymously.

NYC noise code got its first update in 30 years in 2007. So, to say it’s not keeping up with the times is an understatement. An individual’s ability to create amplified noise has increased significantly in just the last 13 years. The way NYC handles noise complaints is that both the New York City Department of Environmental Protection (DEP) and New York City Police Department (NYPD) share the responsibility of reducing “excessive and unreasonable and prohibited noises”.

So, what is excessive? They measure this by sound level (dBA), distance from sound, time of day, and duration. These change depending on the offending noise and its source.

But animal noises have a duration limit included that changes with the time of day so it’s much shorter at night. All NYC noise code specifics can be found in this guide.

How City Noise Affects Your Health

It almost seems like too much to deal with. As stated in NYPost’s article These NYC neighborhoods have the most noise complaints, “The frustrated Manhattan denizens say their incessant calls for help have gone unanswered and they’re fed up with the city’s failure to relieve their aching eardrums.” 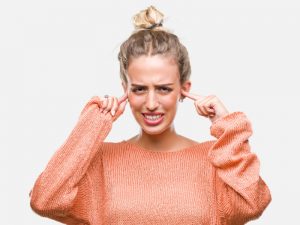 But it’s not just your ears that are at risk World Health Organization (WHO) says that noise exposure is responsible for increased risk of heart disease, cognitive impairment in children, stress-related mental health risks, sleep disturbance, as well as tinnitus. In fact, the federal government created the 1972 Noise Control act with knowledge of the dangers of noise pollution, citing its effect on our health and welfare.

Take Action Against Noise in Your Home

Protect yourself and your family from city noise. Wear earplugs during loud events and noise-canceling headphones when in loud neighborhoods.

Soundproof your home by adding thick rugs, art to your walls, and plush furniture to absorb noise. Take it a bit further and add acoustic wall panels – some are actually very chic now. Soundproofing windows in NYC is possible with window inserts, which don’t permanently alter your windows and can block up to 70% of outside noise. 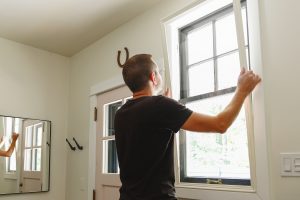 Consider the noise factor when buying home appliances. Some modern appliances list decibel levels, or you can ask the manufacturer. Reading reviews, especially those from bloggers with small children or noise sensitivities, can help with research.

These soundproofing options are fantastic steps in creating more quiet in your life. But they can also be isolating and put all the responsibility on the individual. How can individuals come together to create real change?

Take Action Together Beyond Noise Complaints in NYC

Talk to those in your community. As awareness spreads, so does power. The more information you have and share, the more you can hold the responsible parties accountable.

Find existing community action groups. SONYC gathers city noise throughout NYC with the hope that AI can learn to identify specific sounds on its own. They have millions of recordings and participating scientists identify and tag the sound (including whether it is actionable according to NYC noise code). SONYC is currently looking for citizen scientists for this project.

A citizen scientist could be a construction worker who can tell the difference between the sounds of heavy equipment in action. Or, a citizen scientist could be someone who can discern the difference between a person shouting and music blasting from a car. Joining their ranks will help put in effect a better system of analyzing sound and NYC noise complaints so officials can better perform their job. 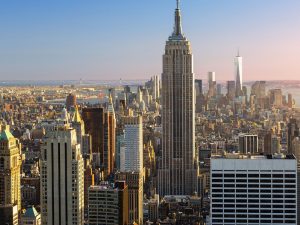 Filing noise complaints in NYC is one drop in the bucket. Using community action like SONYC or finding others who suffer from similar issues strengthens your voice. Karthic Thallikar filed noise complaints about a sound he thought only he could hear. He wrote letters to the source once he found it. Called the police. It was all ignored.

It wasn’t until 120 members of his community formed a noise coalition that the complaints were taken seriously. The company that produced the noise eventually hired their own acoustic consultant and decided to spend $2 million on soundproofing. Next on the noise coalition’s list, taking their issues to the city planners so their peace isn’t disturbed again.

About the Author: Kathryn Foster